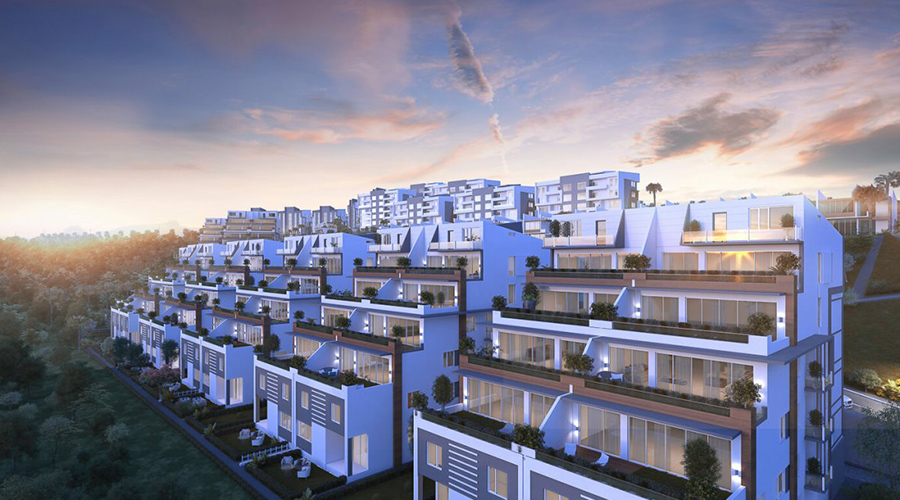 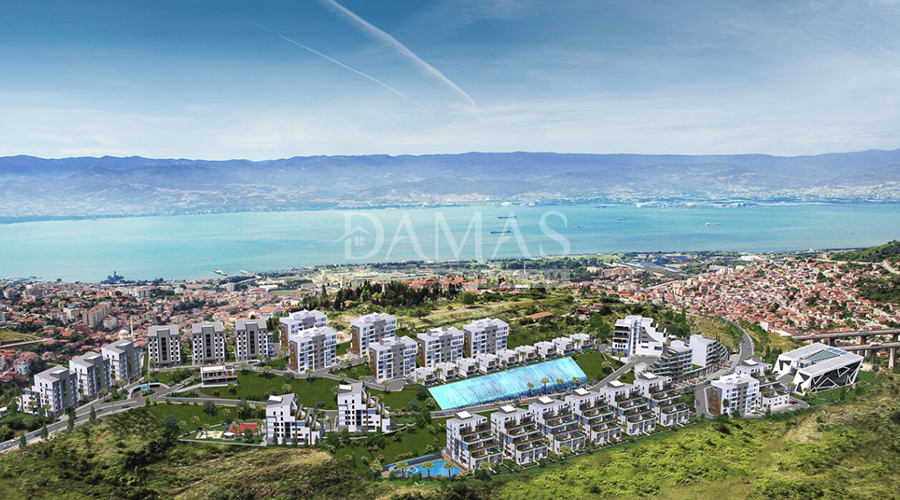 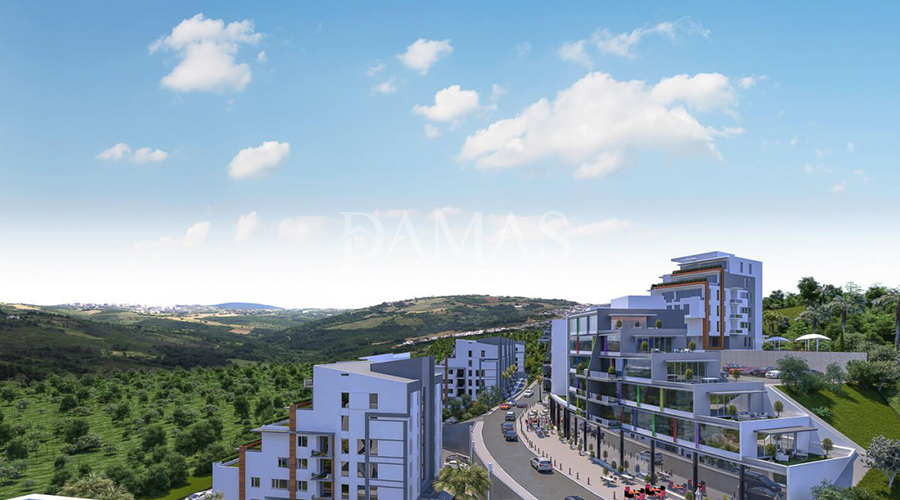 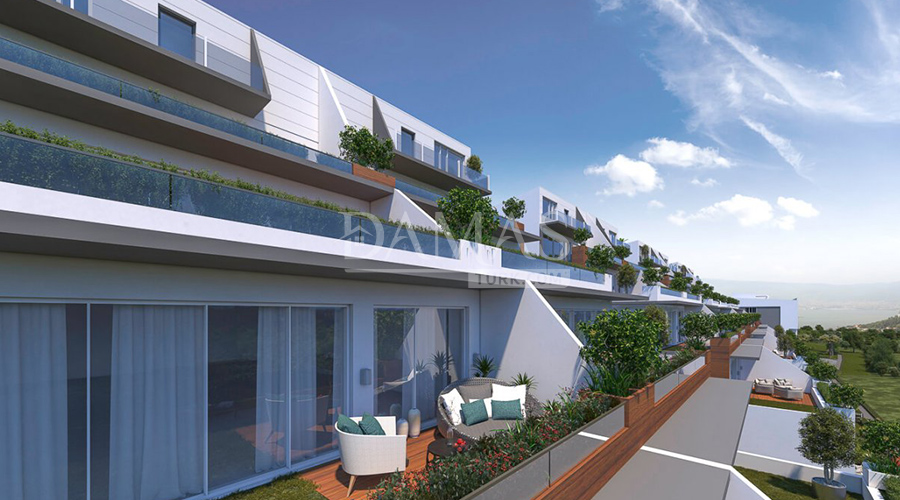 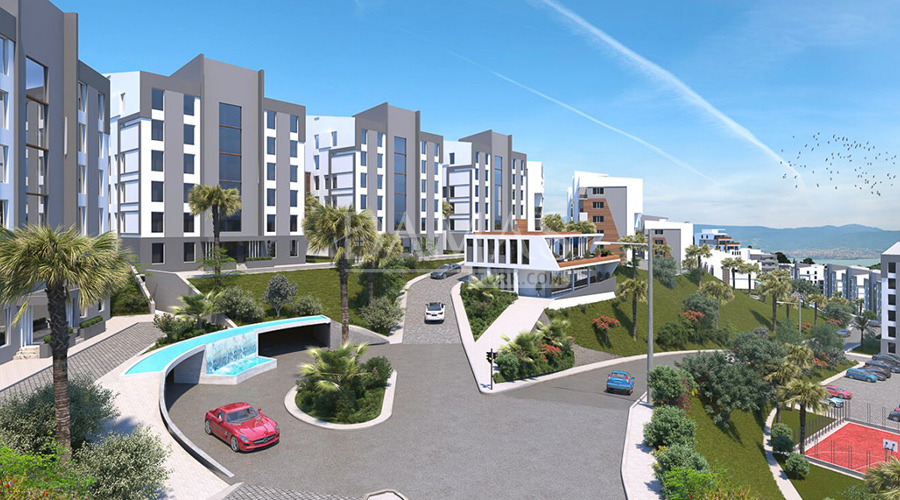 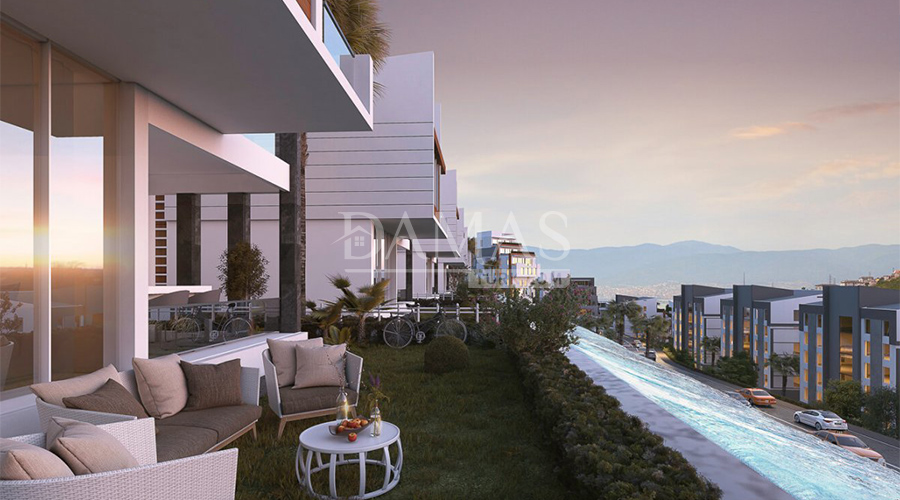 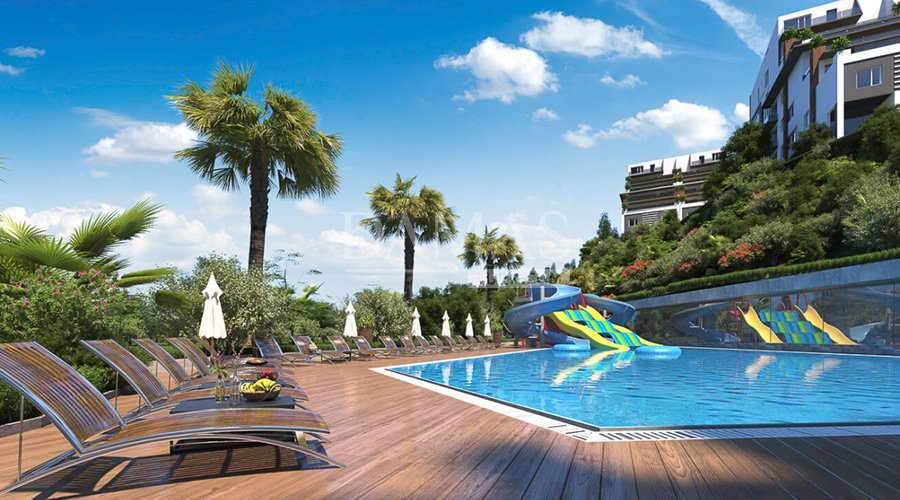 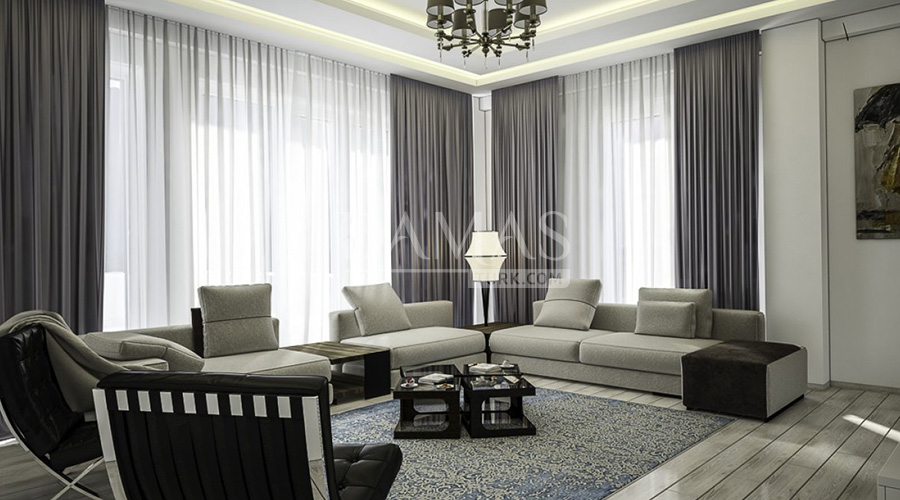 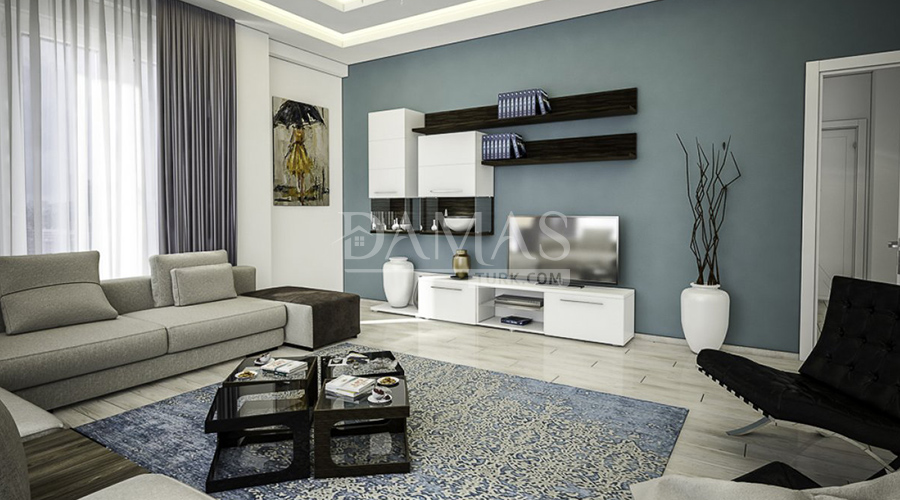 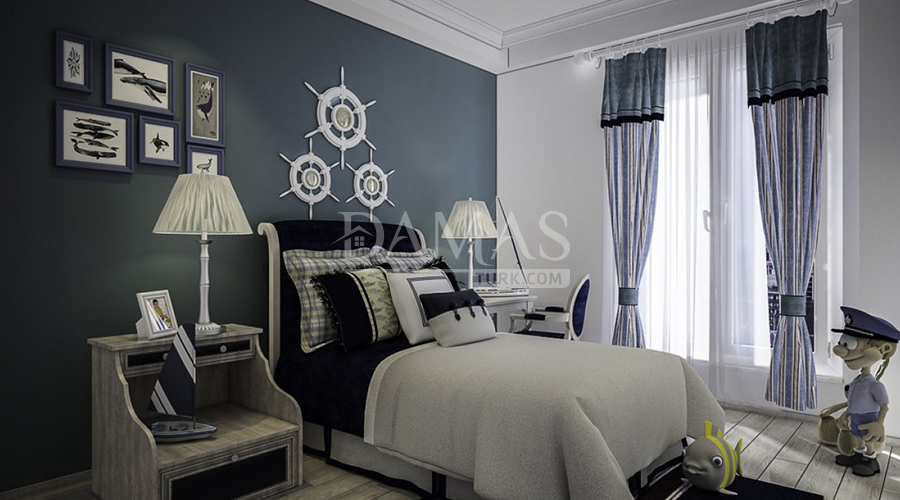 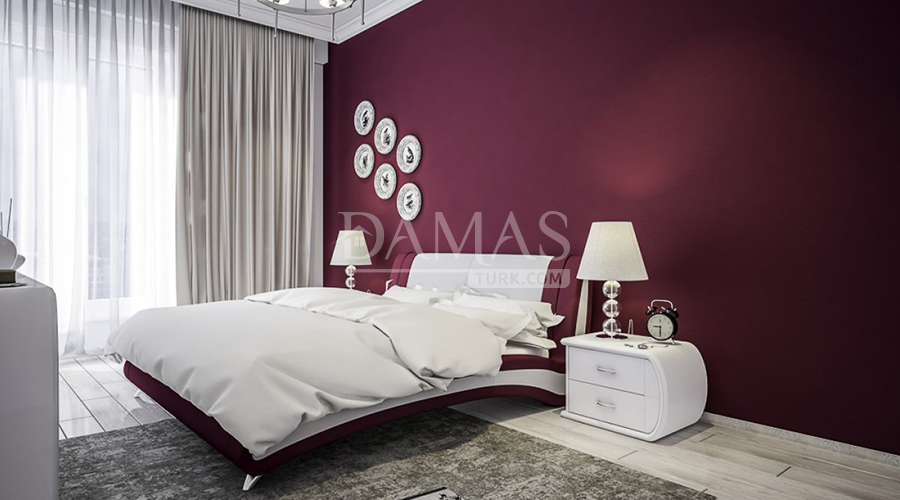 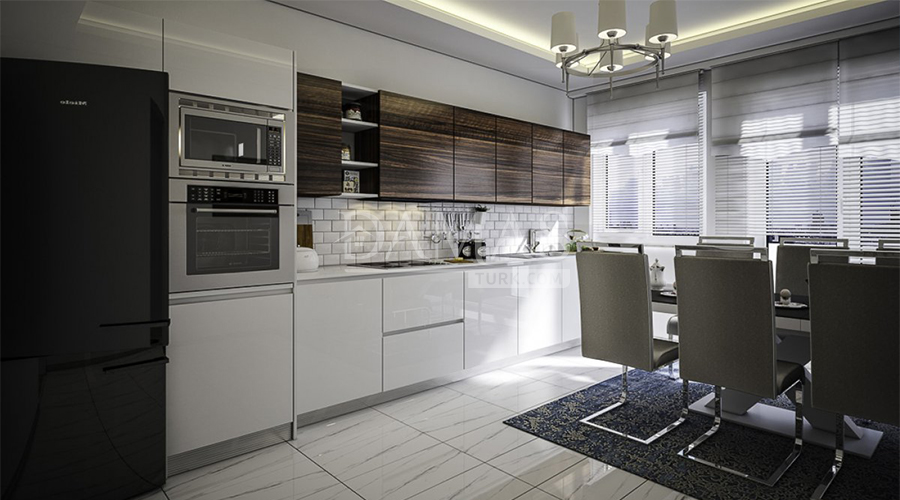 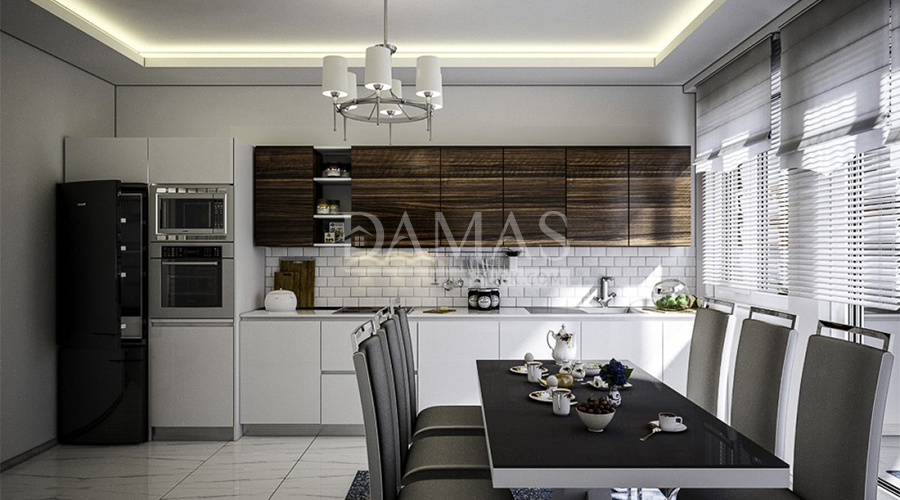 • The project consists of 424 residential apartments divided into 23 residential buildings with different floor heights. The building includes models of villas; 1+3 model in addition to a large number of apartments models ranging from 1+1 to 1+4.
• Waterfalls
• A closed swimming pool and the other building is open and has a fitness room.
• The building area is 58000 m2 where it is considered the biggest project in Kocaeli.

• The project is located near the E-80 line which means it is very easy to get into Istanbul and Anakara at the same time. The project is also near Marmara Gulf and is distinguished due to its views on Kocaeli Kent Forests and Marmara Sea.

• The project is close to Teem line which means it is easy for residents to reach any area in and out the state.
• Many transportation means are available which are provided by the Municipality of the State.
• Several mini buses are available to serve the residents of the area.

• Kocaeli Municipality seeks to attract various and foreign investments due to its location that links between Ankara and Istanbul and its closeness to Teem line.
• In addition, the government has adopted a new plan to replace the old buildings with new ones within the residential compounds where most projects in the area are renovation or urbanization ones.

Payment Method: 40% down payment and the remaining installments until the delivery date. 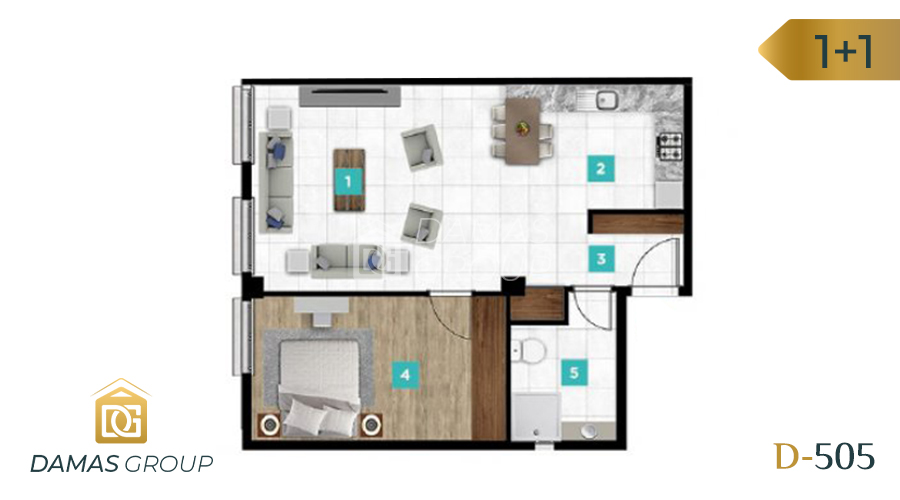 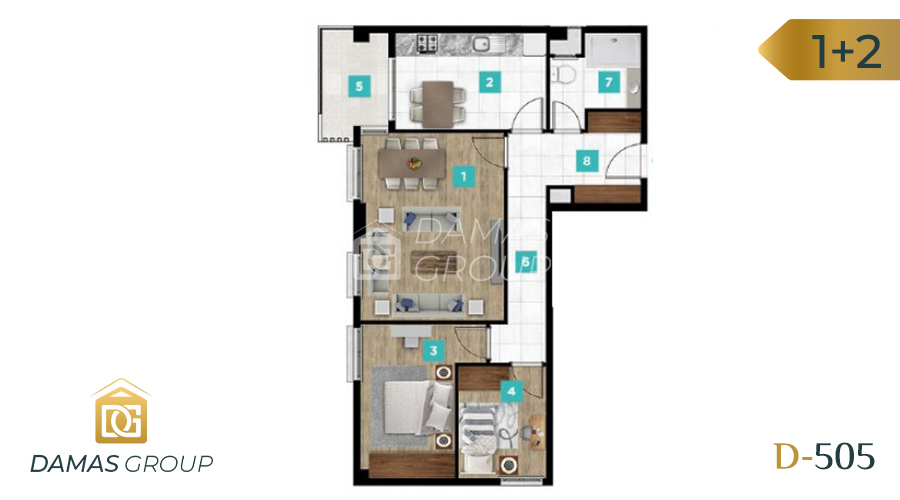 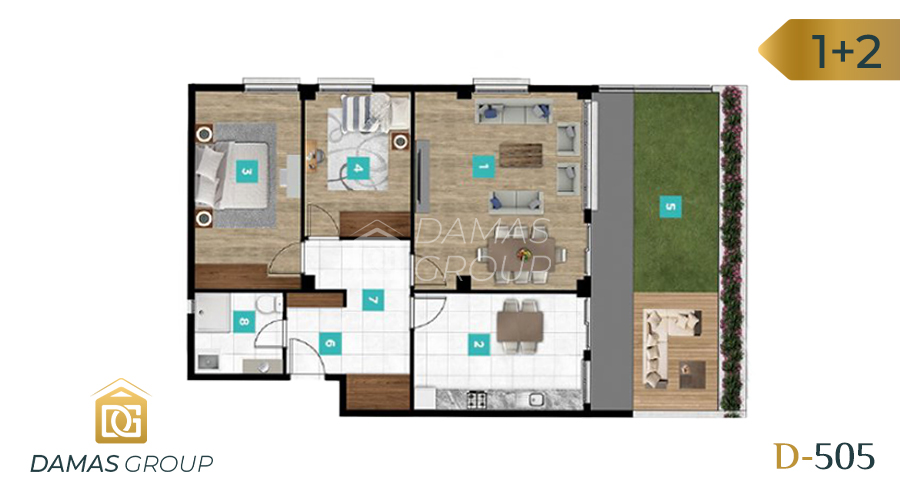 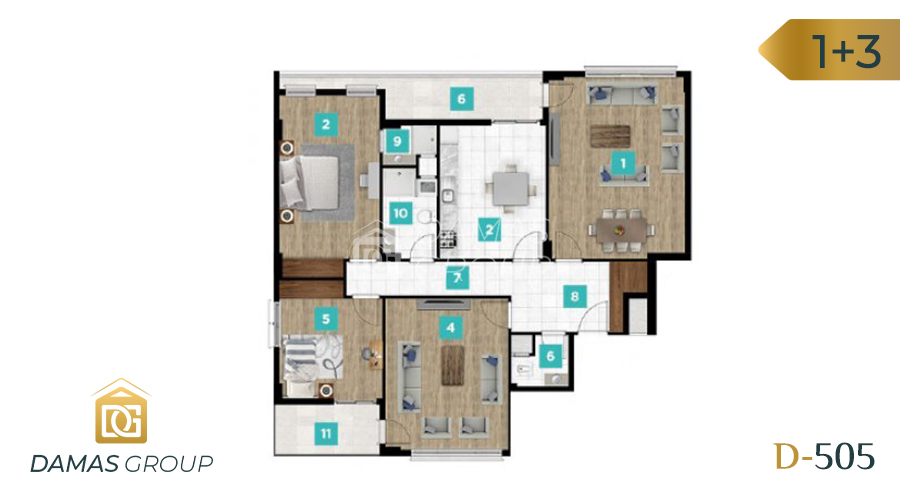 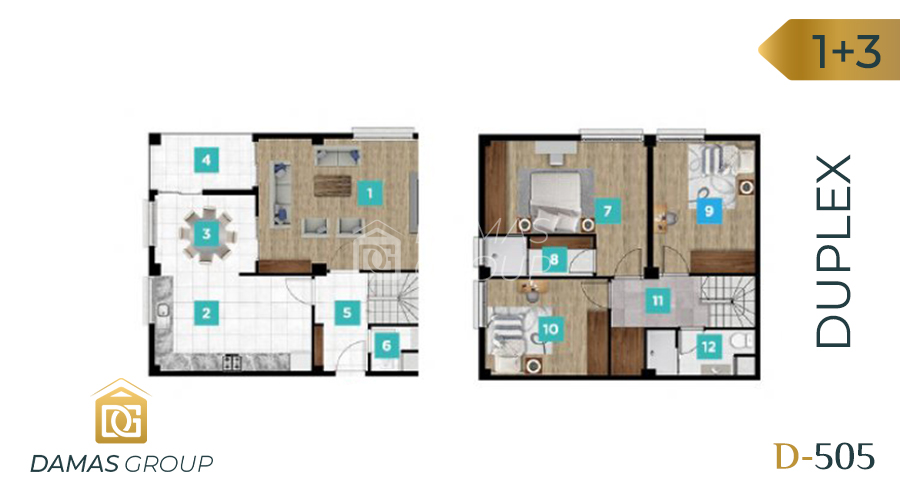 A luxurious real estate complex under construction in Kocaeli, in Başiskele district.

A luxurious real estate complex under construction in Kocaeli, in Kartepe district.

A luxurious real estate complex ready for immediate With sea views in Kocaeli, in Başiskele district.