Ask for a free consultation

The latest updates to Turkish citizenship law through ownership

The Issuance of Laws Granting Citizenship

On the date of 19-09-2018, the president of the Turkish Republic, President Erdogan issued a decision granting foreigners who own one or more ready real estate worth 250 thousand dollars the Turkish citizenship.

Amendment to the law of Granting Turkish Nationality to Foreigners on 12/12/2018 wishing to acquire a property under construction.

A legal amendment was issued giving real estate owners who hold Tabu documents after the issuance of the decision the right to apply for Turkish citizenship. 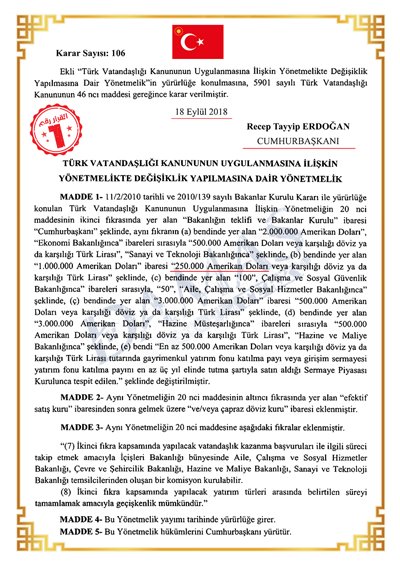 On Wednesday 19/09/2019, the Official Gazette of Turkey published a law amending the conditions for granting Turkish citizenship to foreigners in exchange for owning property in Turkey or operating, investing and depositing in Turkish banks.

According to the new law, the foreigner can acquire the Turkish citizenship in the following cases:

Special offices will be opened to submit applications for Turkish citizenship, and these offices will be subject to the supervision of the committee composed of the mentioned ministries.

The law has been published on the pages of the official newspaper, which is the archive container for governmental and parliamentary decrees, decisions and laws. We will narrate the text of the relevant articles verbatim:

It was decided to make an amendment to the regulations regarding the mechanism of application for the Turkish citizenship and to append this amendment to Article 46 of the Turkish Nationality Law No. 5901.

The President of the Turkish Republic

Mechanism of Applying for Nationality Through Real Estate:

And in a related matter, the Turkish Ministry of Environment and Urbanization issued the executive regulations related to the mechanism of implementing the Nationality Law under No. 135189470, on October 15 2018.

According to the aforementioned regulations, the following criteria are the ones that give the property owner the right to benefit from the law of obtaining Turkish citizenship through the property:

Papers required during applying for citizenship in exchange for real estate:

- The Land Registry document, which refers to the property registration document.

- Payment receipt taken from the bank through which the payment was made.

With confirmation of property purchase with the value of 250 thousand dollars and keep it for three years. "

Fourth Article: The following is considered valid from the first day of its publication. 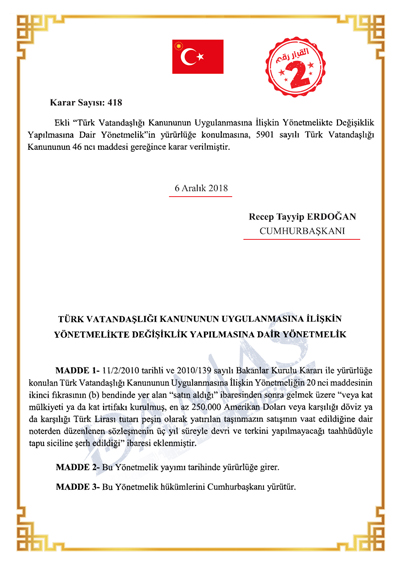 An article has been amended in regards to the law granting Turkish citizenship to foreigners who want to acquire a property under construction in the Turkish state, as the official newspaper in Turkey published on 8/12/2018 this amendment.

The previous article stipulated that the property acquired in order to obtain the nationality must be ready (in which Tabu papers were transferred and housing was acquired) and after the amendment, it became possible for the owner of a property under construction to obtain Turkish citizenship.

As it is stipulated in the amended article that the price of the property (ready or under construction) must not be less than 250 thousand dollars, or its equivalent in the Turkish currency, it shall be paid in cash since the real estate purchased in installments is excluded and not accepted.

Taking into account the period of time during which the property owner cannot sell it, while pledging to do so as stated in the previous decision, which stipulates the pledge by the investor not to sell the property before three years have passed. 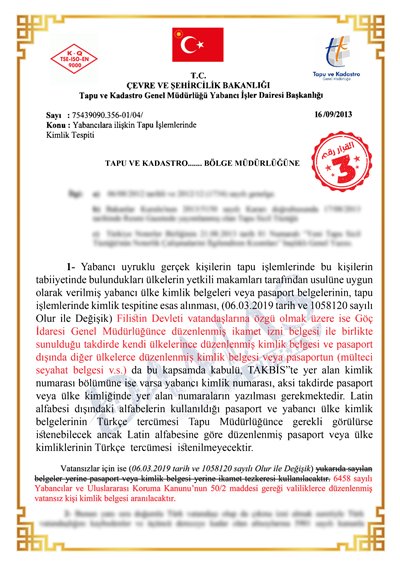 The Palestinians coming to Turkey with travel documents and wanting to own property, had to first extract a document stating that they are without a homeland, only then do they have the right to purchase property.

In this context, Mr. Bayram Taksa, chairman of the board of directors of one of the institutions, states that many Palestinians who hold travel documents have already submitted requests to receive Tabu documents, but it ended in rejection and the only obstacle left to the Palestinians was the lack of recognition by the Turkish authorities of the travel document.

Conditions for pre-purchase of real estate in Turkey:
The most important requirement is that the Palestinians must secure a residence permit. The new decision stipulated that the Palestinians can, through their travel documents, from the country in which they reside, whether it is Jordan, Lebanon, Iraq, Egypt ... or other countries to own property in Turkey. According to what the Directorate of Ownership issued, the decision entered into force on March 6, 2019, and stipulates, as previously mentioned, that Palestinian citizenship holders have the right to ownership in Turkey, provided that the holder of the Palestinian document has fulfilled the condition of obtaining residency.

Holders of Palestinian travel documents after the decision:
The Turkish Ministry of Economy and the Department of Immigration Affairs of the State of Istanbul discussed a decision for the year 2013 regarding the right to ownership for Palestinians, and at the end of the discussions held between them, a decision was issued on 06/03/2019 to amend the previous decisions regarding ownership of real estate for the Palestinians to include everyone with a passport from the Palestinian Authority or a travel document issued by any country, and this decision is considered an exceptional amendment specific to the Palestinians only to facilitate the ownership procedures.

Real Estate Allows For The Right To Obtain Turkish Citizenship:
Turkey has witnessed changes in the laws of obtaining Turkish citizenship, from the value of the property which previously stated you to purchase one or more properties with a value of no less than one million Dollar and not selling the property for 3 years. The decision was modified and settled for an amount of not less than $250,000, and as a result, the real estate market in Turkey has been remarkably active, registering a growth rate that has contributed to the movement of its economy.

The Text for the Law on Palestinian Ownership in Turkey:
The Presidency of the Foreigners Affairs Department - the General Directorate of Land Registry and Space that belongs to the Ministry of Construction and the Environment, issued a general amendment No. 1058120 dated 06/03/2019 on Law 1734 of 08/06/2012, and Resolution 5150 of 2013 related to organizing Internal Regulation And bylaws 81 on August 21 2013 for Notary (Notre), as follows: Special only for citizens of the State of Palestine, that in the event that a Palestinian who holds a travel ID obtains a residence permit issued by the Directorate General of Immigration Administration, an ID card, his passport issued from his country, or an ID card, and a passport issued from foreign countries, or a travel document etc. are accepted. The residence number issued to foreigners (starting with 99) should be written in the ID number field in the electronic system for real estate data, and in the absence of the residence number, the passport, or ID card issued from their country should be used. 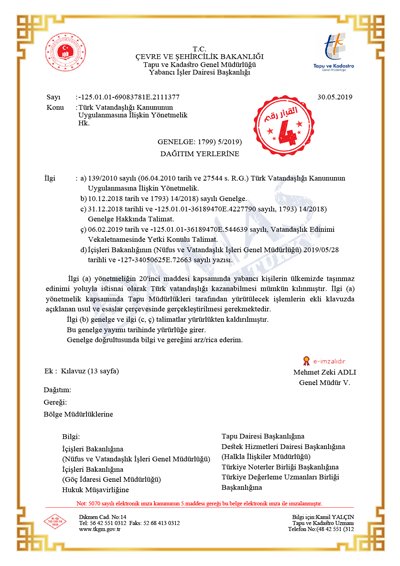 Where clients of Damas Real Estate Consulting Group can apply for Turkish citizenship according to the new conditions in the following order:
- The purchase of real estate by foreigners after the date of 12/01/2017 and obtaining a Tabu papers after 09/19/2018
- The last owner of the property must be a Turkish person or a Turkish company.
- The value of the real estate should not be less than 250 thousand US dollars. If the value of the property is less than the defined amount, purchase additional property until the titan value is equivalent to 250 thousand dollars.

Buying Property in Turkey With a Value of 250 Thousand Dollars:
1. The value of the purchased property after the issuance of the decision of September 19, 2018 signed by President Recep Tayyip Erdogan, must be 250 thousand dollars.
2. Receive Tabu documents issued by the Land Registry that estimates the value of the property and accordingly issue the Tabu document.
3. A pledge not to sell the property three years from its purchase shall take place by signing the pledge document within the Land Registry.
4. Confirmation of the owner's address. Specifically within the Turkish lands and not necessarily fix the address in the same property that he bought, but in any other address.

Features of Turkish Citizenship:
In addition to the Turkish citizenship allowing you to visit more than a hundred countries around the world without a visa, Turkish citizenship gives you the opportunity to work in various sectors and government interests without requiring a work permit, and to take advantage of the retirement law and free public transport services (buses, dolmus, metro, tramway, the metrobus, etc.).
Also practicing professions prohibited to foreigners such as dentistry, law, pharmacy, veterinary, customs clearance, notes, translation (sworn or certified translator), marine professions, and tour guide. Not requiring the employment of 5 Turks when opening a company, and taking advantage of government privileges, which are provided in particular to Turkish investors, such as financial support, tax cuts, and in some cases, the abolition of value-added tax and others.

A complex for investment in Istanbul, the European side, in the district of Beylikdüzü.

A complex for Investment ready to move in Istanbul, the European side on the strategic Basin express highway.

A complex for investment with charming sea views and attractive prices ready to move in Istanbul, the European side, in the district of Beylikdüzü.

An investment compound near the metro station in the European Istanbul in Ghazi Osman Pasha region. 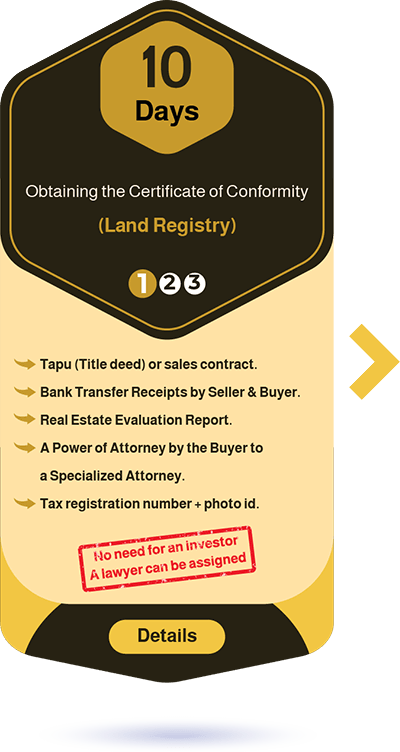 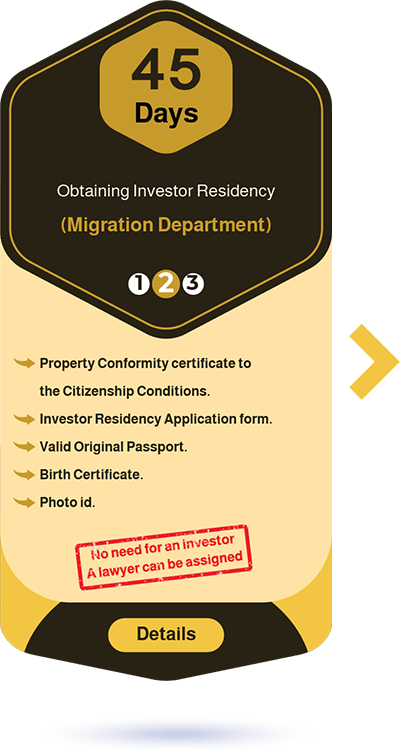 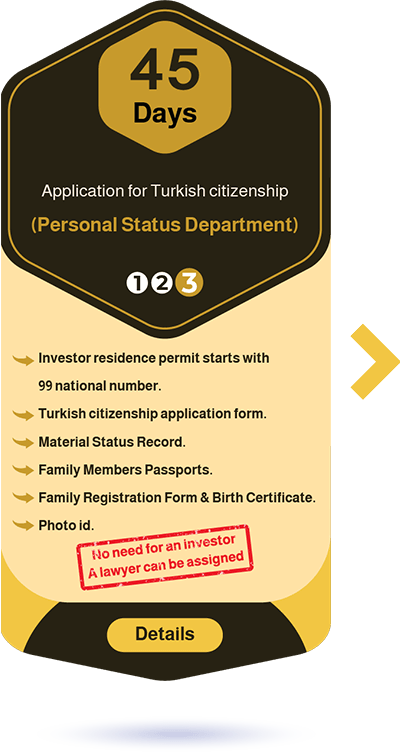 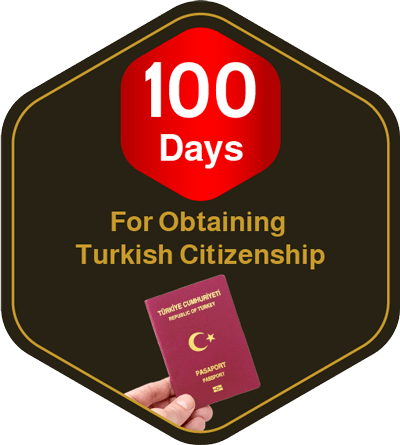 A complex for investment with charming sea views and attractive prices ready to move, in Istanbul, the European side, in the district of Beylikdüzü.

The most forthcoming Arabic nationalities in citizenship by investment

Nationalities That buy the most in Turkey

A residence ready complex in Istanbul, the European side in the district of Başakşehir.

A complex of apartments and commercial shops under construction and near the European Istanbul metro station in the Esenyurt area.

An investment complex ready to move near the European Istanbul metro station in Mahmoud Bey area.

Buying a new apartment in Istanbul would never be an easy job, however, with Damas Group consultants who provide me with the necessary support and guidance, made the buying process very easy… distinctive team ... outstanding work!

I would like to thank you from the bottom of my heart for all what you have done for us during my visit to Istanbul. Since I was received at the airport until my departure from it, you have been very sincere in your welcoming and professionalism in the field of real estate..

I am very happy to be here in Istanbul, meeting the staff of Damas Real Estate Company. In my opinion, their professional performance guides me greatly choose the right property and helps me doing all the necessary legal procedures easily.

I am one of those who have bought a property through Damas. Most beautifully, I have experienced the respect they show, putting no pressure on the customer for buying, answering all the questions transparently and providing the buyer with valuable advice. I really recommend every buyer to work with this company.

The best company I have dealt with during my trip in search of the best property.

My experience in buying property in Istanbul with Damas Group was a great experience as they provided me with the best real estate offers that really suited me.

Buying property requires trust and this is what I found with Damas Group.

.Greetings ... I thank "Damas Group" for their sincere cooperation, solemn treatment, and adherence to accurate dates;all of which I have encountered from my interactions with your employees. Confirming your commitment to serving your clients and obtaining the highest levels of customer satisfaction

Ask for a free consultation