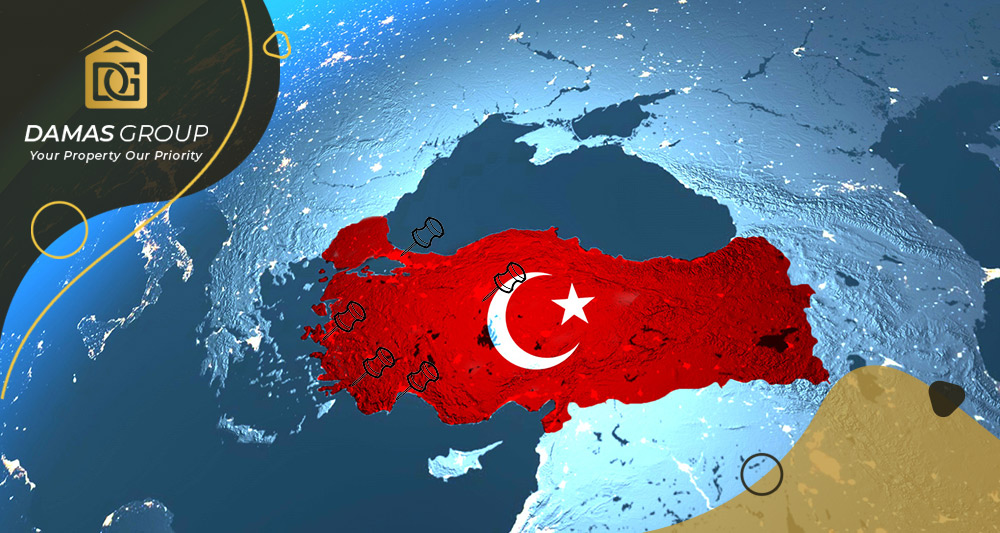 Many elements such as location, services, population segments, etc.  play a major role in the variation of real estate prices from one district to another. These elements do not only play this role in Turkey, but they also affect the real estate prices in all districts all over the world.

The tourist districts in Turkey are considered from the best real estate investment districts for both the Turkish citizen and the foreign one. The elements, that determine the price of the real estate in these districts, include the level of quietness and the natural scenery, as well as the level of the demand for renting and the distance between the location and the means of transport.

In this context, it is known that a number of districts lying on the coast of Izmir, Mugla, Antalya and Istanbul is considered the top of Turkish districts that have the highest prices in real estate.

The Highest Price Districts in Istanbul:

Chashmeh, which is a coastal tourist district, comes first in Izmir where the price of one square meter is 8,521 TRY. Narlidere District comes second with a real estate price of 5,283 TRY.

The Highest Price Districts in Mugla:

The Highest Price Districts in Ankara:

Although Ankara comes second after Istanbul in terms of the real estate sales, it includes only one district among the highest price districts for one square meter in Turkey. This may be due to its demographic nature rather than the tourist characteristics. Cankaya District, which includes the foreign diplomatic corps, is the highest price district for the square meter of real estate in Ankara with a price of 3,220 TRY.

The Highest Price Districts in Antalya:

Finally, Termal District, which has the natural pools of sulfuric water, is the highest price district in Yalova with a price of 3,375 TRY per square meter.