The most important details of Erdogan's 100-day plan 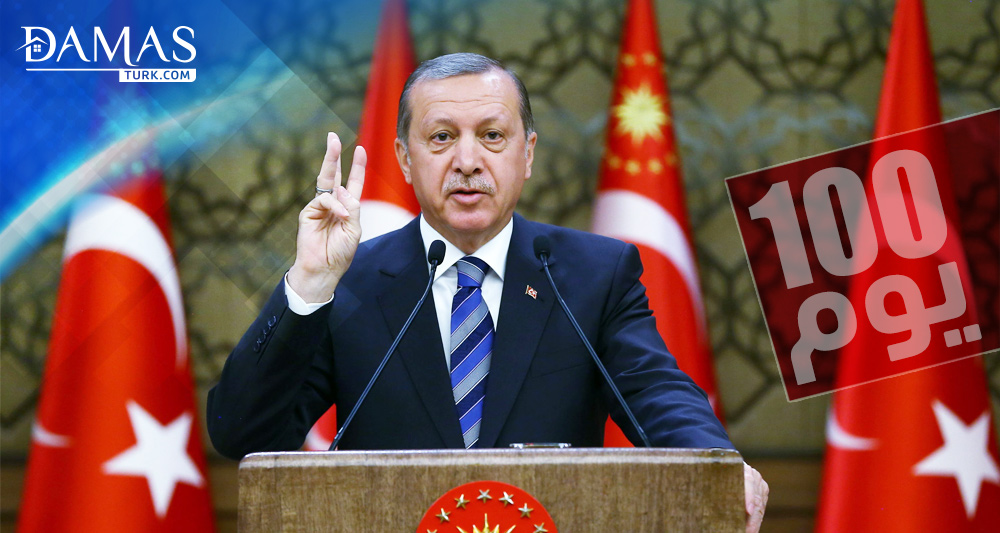 The Most Important Economic Projects in President Erdogan’s Centennial Plan

On Friday, 3rd August 2018, the Turkish President Recep Tayyip Erdogan announced the aspects of his plan for the next one hundred days by which he will lay the cornerstone for the most important political, economic, social and cultural programs and projects.

As for the economic aspect of this plan, President Erdogan aims to complete 400 projects at a cost of 46 billion dollars. He described these projects as the “driving force” of the new era of the Turkish Republic.

Fields of These Projects:

These various projects include most of the fields of the economic investment business. The most important projects are distributed as follows:

48 Projects in the Field of Defense Industries:

At present, Turkey produces 60% of its needs in the defense industries. By establishing these projects, the self-sufficiency is expected to reach 80%. The independence in the defense industry means that the country is less dependent on the foreign countries, and therefore it will be more stable at all levels, especially on the economic level.

8 Projects in the Field of Real Estate Investment:

Turkey has large areas of land that can be turned into distinct residential districts. More than 80 million citizens live in Turkey and this makes its orientation towards investment in the real estate an inevitable thing.

In light of the need for real estate investment in Turkey, President Erdogan’s plan provides five projects in the field of investment. These projects are distributed as follows:

12 Projects in the Field of Transportation:

At the top of these projects, there is the opening of Istanbul’s third airport which is expected to compete with the international airports.

11 Projects in the Field of Finance:

The opening of Istanbul International Financial Center comes on the top of these projects. By opening this center, Turkey plans to reach the level of the international stock exchanges for attracting the capitals by using the ways of both of the traditional economy and the Islamic economy.

9 Projects in the Field of Industry and Trade Exchange:

Believing in the importance of both the industrial sector and the commercial sector for driving the economic cycle on an ongoing and mutual interest basis, President Erdogan’s program includes the extensive policies concerning the development of the two sectors through committing to raising the level of Turkish representations around the world, reopening the Turkish closed consulates in the conflict areas, reducing the interest rate on the investment loans, supporting the orientation towards the heavy industries, etc.

10 Projects in the Field of Technological Industries:

8 Projects in the Field of Energy:

Now, Turkey covers its energy needs through importing. This increases its economic expenses. To reduce these expenses, President Erdogan’s government plans to be more dependent on the renewable energy resources.