Learn about Beylikduzu and the future of real estate investment in it. 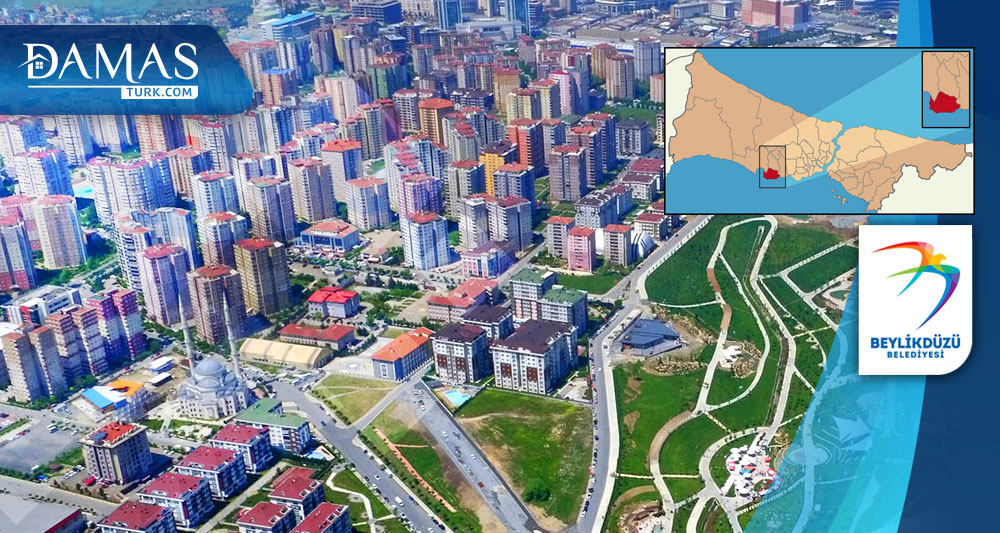 Beylikdüzü district in Istanbul, Turkey is considered as one of the most prominent districts with its distinct urban complexes, the thing that attracts the interest of the citizens living in Turkish territory, as well as tourists from other countries, on top of them come the Arab countries. For the current time, there are apartments for sale in Beylikdüzü district that are characterized by the quality required in all walks of life, as Beylikdüzü is already one of the best areas within Istanbul at present, according to recent studies and statistics.

A brief about Beylikdüzü:

Due to its very unique location, Beylikdüzü district has become the focus of attention for everyone, both inside and outside Turkey. It is located on the European side of Istanbul with a coastline on the Büyük Bay and the Sea of ​​Marmara. This district covers an area of ​​about three hundred and fifty square kilometers, with a population of nearly three hundred thousand people.

The area of Beylikdüzü is characterized by a semi-temperate climate throughout the year, with the possibility of winter rains, as well as the pure fresh air being stationed far away from the industrial areas; it is a healthy environment in deed.

Apartments for sale in Beylikdüzü district:

Having a residential apartment in an area such as the Beylikdüzü would definitely be a wonderful thing, especially for those who come to Istanbul be that for business or tourism. An apartment in Beylikdüzü can be a starting point for all kinds of tours in Istanbul, and this prevents the owner from accommodation in hotels, which requires large sums of money usually. Furthermore, having an apartment in Beylikdüzü is considered a long-term investment, as the investment in real estate at the present time is one of the best ways of investing, in the light of the unstable investing in the banking sector as well as investing in trading stocks and bonds. Now the opportunity is available since there are apartments for sale in Beylikdüzü, which is a long-term investment for the buyer.

Fundamentally, the price component for apartments is one of the attractive elements that motivates buyers to purchase an apartment, and they always look for this kind of opportunities. In this regard, it is fair to say that purchasing an apartment in Beylikdüzü area is an opportunity and very impressive as the district is considered to be one of the modern urban areas. In Beylikdüzü, there are many real estate projects, and the prices of apartments are distinct when compared to the prices of apartments in other regions. These distinct prices are may be due to the presence of many real estate companies in the area, the thing that leads to a competitive environment, and the buyer is the beneficial at the end of this competition. There are apartments for sale in the area of ​​Beylikdüzü, and they vary in terms of prices in accordance with the size and floors’ number of these apartments of course.

Beylikdüzü area is quiet and far from the noise of the industrial or central cities. Beylikdüzü is very good for families and lovers, where it is easy to enjoy relaxation and recreation, as well as for those who come to Turkey for medical tourism. Tranquility contributes to a wonderful recovery without any inconvenience, which helps to overcome the sickness stages and move towards healing.

No doubt that official services obtained through government institutions are considered a major attraction for those wishing to acquire an apartment in the area. This has contributed to the increase in real estate investment in the area, and has led to the availability of apartments for sale in Beylikdüzü at cheap prices.

Beylikdüzü district is located near to Istanbul Airport, as well as the new airport to be established next year. The public transport lines of buses and underground metros connect the area to all of Istanbul neighborhoods. Not forget the express highways that are characterized by high-efficiency traffic technologies, which contribute to the ease of mobility within and outside the region.

Tourist attractions of the region: The tourist attractions vary in this district to include the beaches along the Marmara Sea and the Büyük Bay, which boasts the world's best resorts, in addition to the extensive green spaces, gardens, and public parks in the area. It is really a wonderful oasis.

Health services in the region:

Many public hospitals, as well as private treatment centers, are deployed in the Beylikdüzü region, the thing that contributes to an easy access to all treatment services for all citizens of the region. Everyone knows the role of the Turkish therapeutic institutions internationally. Famous and best doctors and specialists in all medical branches are available there.

There are dozens of schools in the district of Beylikdüzü offering all levels of education. There are specialized schools with Arabic language. There are also universities that occupy a prestigious position on the international level, where there are the most famous international lecturers, in addition to modern educational tools. Having available apartments for sale in Beylikdüzü area in Istanbul, Turkey is an opportunity ought to be taken, and through the above listed, it is clear that distinct international services in that region are available.